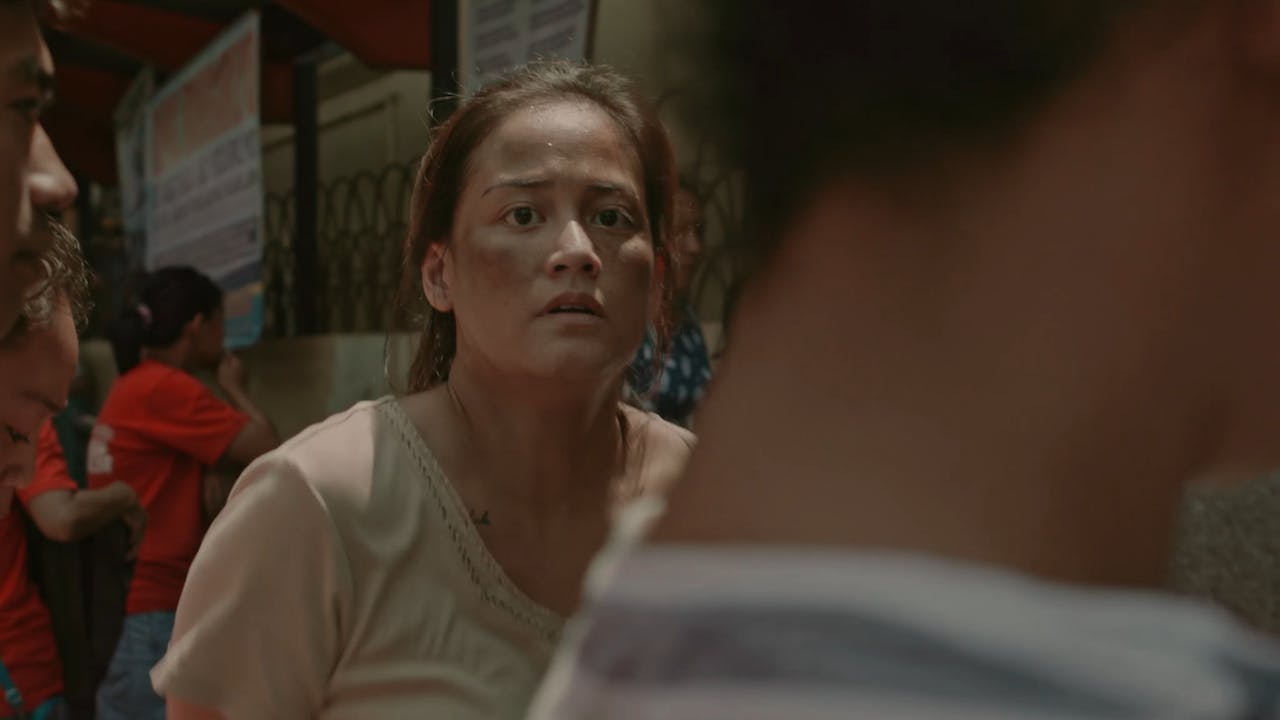 Abused and battered wife, Joy lives in Manila, with her six-year-old daughter Angel and her husband, Dante, a small-time criminal. As so often in the past, Dante comes home drunk at night and beats Joy brutally. This time, he also hurts Angel. Joy grabs her daughter and flees to the local police post to finally get him sent to jail. Justice, Joy learns, takes time at best and is impossible to get at worst. Not without reason, she feels that she and her daughter are increasingly under threat.

'Verdict' was selected as the Philippine entry for the Best International Feature Film at the 92nd Academy Awards. Other festivals & awards include;

The Guardian - ★★★★ - "Empathy and urgency in convincing domestic abuse drama"
Little White Lies - ★★★★ - "Filled with strong performances... It is reminiscent of other recent understated female tragedies, such as Never Rarely Sometimes Always and The Assistant."
Shadows on the Wall - ★★★★ - "Writer-director Raymund Ribay Gutierrez's fascinating forensic look at the legal process in the Philippines also highlights an urgent global issue."